Despite being one of Canada’s lesser known and least congested national parks, Waterton Lakes is also one of Canada’s most spectacular.  Jagged glacier-carved peaks jet toward the sky alongside deep blue mountain lakes.  High alpine lakes, impressive waterfalls and alpine meadows bursting with wildflowers are among the destinations for some of the most scenic views in the Canadian Rockies.  Waterton is also home to abundant wildlife, sharing a vibrant Rocky Mountain ecosystem with its adjacent American sibling Glacier National Park.  Elk, mountain goats, bighorn sheep, and moose are frequently seen along the park’s roadways.

One of the most photographed places in the world, the iconic Prince of Wales Hotel was constructed in 1927 by the Great Northern Railway.  One of Canada’s Grand Railway Hotels, this refined chateau provides a striking contrast to its rugged surroundings. Waterton Village offers numerous other lodging offerings from luxurious suites to affordable hotels.  Great eateries, galleries, and day spas are all easily in walking distance from all of the areas hotels.

Hiking
Over 250 kilometers of trails are located within the Waterton complex. Trails range in difficulty from a leisurely half-mile round trip to pristine Akamina Lake to the strenuous 11 mile round trip to the scenic waterfall at Crypt Lake.
View Hiking Trails

Akamina Parkway
Starting in the village of Waterton, the Akamina Parkway rises quickly above the valley floor as it follows along Cameron Creek for 10 miles to beautiful Cameron Lake.  Several seasonal waterfalls are visible along this densely forested parkway and the route also provides access to several picnic shelters and backcountry trailheads.

Buffalo Paddock Circle
Located just north of the Waterton Lakes entrance, this roadway accesses a vast grassland at the base of Waterton’s peaks.  This area is frequented by a heard of native bison.

Chief Mountain International Highway
Spanning the US and Canadian boarder, the Chief Mountain Highway allows summer visitors to travel between Glacier National Park and Waterton Lakes.  This scenic highway offers dramatic views from its high elevation route, allowing visitors to see many of the area’s most distinct peaks and other geographic features from one vantage point.

Red Rock Parkway
Extending 9 miles into the Blakiston Valley, the Red Rocks Parkway traverses rolling prairie as it yields to the dramatic mountain peaks.  The route offers unobstructed views of the highest peak in the park, Mount Blakiston, along with some of the park’s most interested geological traits including contrasting red and green colored rock formations naturally occurring in this area of the park. Red Rock Parkway provides access to several trail areas, picnic shelters, and educational exhibits.

Horseback Riding
Waterton Lakes is a horse friendly park, allowing horses to use all but a few of the parks trails throughout the summer months.  There are also opportunities for longer rides into the surrounding Provincial Parkland.  Guided rides can be arranged through Alpine Stables http://www.alpinestables.com/.

Directions from Great Falls:
Travel US Interstate 15 north 68 miles to Exit 348 Highway 44/Valier Rd.  Turn left and follow Highway 44 for 29.4 miles, then turn right onto US 89 North.  Follow US 89 North 73.8 miles passing through the town of Browning.  Turn left onto Montana17/Chief Joseph Highway and travel 14.2 miles to the Canadian Boarder.  Continue on this road, now Canada AB-6 for 13.7 miles to the Waterton National Park Entrance. 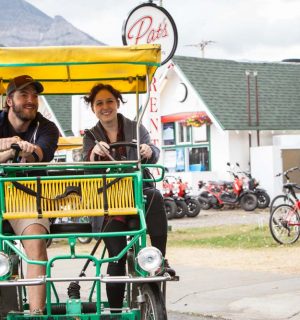 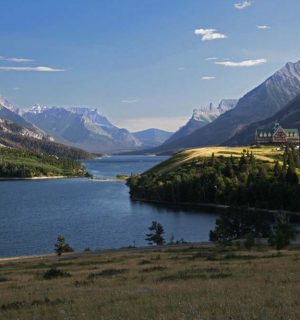 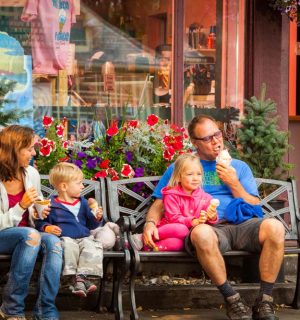 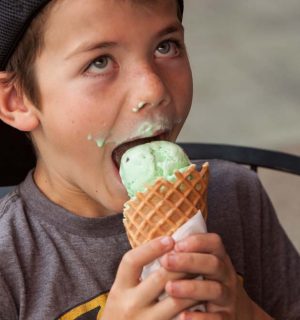 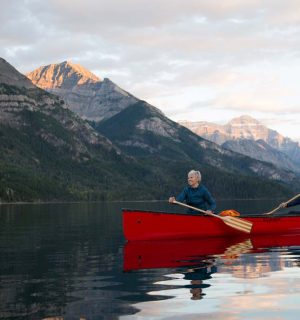 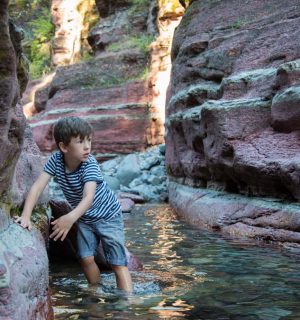 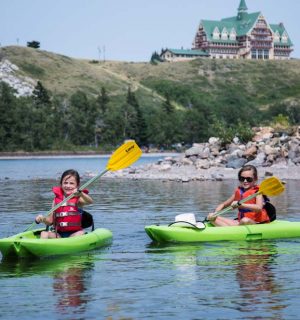 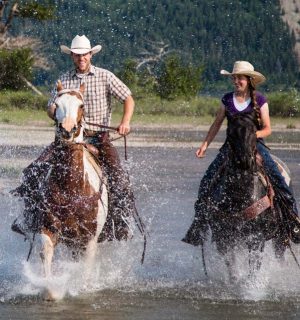 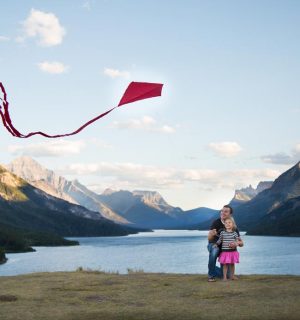 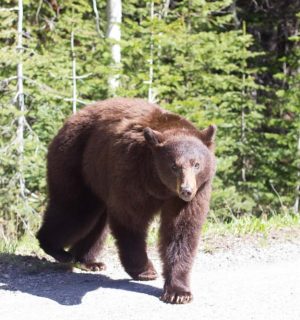 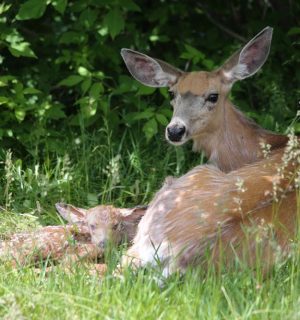 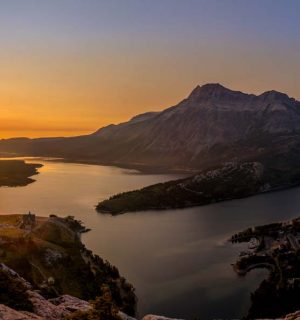